Rajgira, Shingada (Singhara aka Water Chestnut) & Sama Ke Chawal (Barnyard Millet) are some of the main ingredients for making food during Fasting Days like Shravan & Navratri. I haven’t seen any Upvas Ki Roti / Farali Roti recipe on the web. After many trials, I found a perfect recipe of Farali Roti which you can eat during Shravan. Make sure you follow the exact measurement and recipe so that you get soft and Phulka Chapati like puffed Roti. 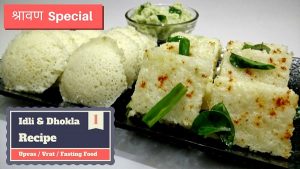