Here I am sharing a unique and Instant Idli and Dhokla Recipe for Upvas made from Moraiyo (Sama Ke Chawal) which you can eat for fasting or during regular days too. Moraiyo (Barnyard Millet / Sama Rice) used for making unique dishes during Shravan & fasting days in India. Follow this step by step recipe of How to make Upvas Idli and Upvas Dhokla at home. 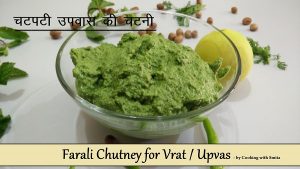